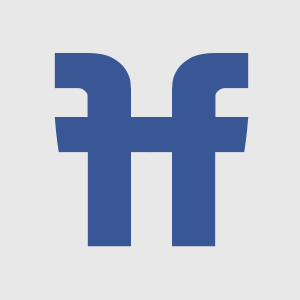 Facebook and Social media has taken over the internet and mobile phones and it seems there is no turning back, especially with the new Panda and Penguin Algorithm change that has come to Google. Facebook is one of the biggest social media networks on the world-wide web, with over 1 Billion Users, and it is growing everyday with new members, new business pages and communities springing up every hour, it seems. With Facebook’s growth though, comes the realization that this large social media outlet is actually working against our social behaviors and ruining solid relationships outside of the Facebook Feed. It Is becoming more apparent each day that passes that Facebook is so Two-Faced-book.

Don’t get me wrong. I like Facebook. I like how it brings people together to share ideas, information, photography and more. I especially like the fact that I can keep up with my family and see how they are all doing, even if they live hundreds of miles away. I found my cousins on Facebook the other day that I haven’t talked to in years, and I was very thankful for Facebook being available for free on the internet, so I can keep in touch with my relatives. In addition, I like Facebook even more due to the fact that it provides an area where businesses can market their products, information, posts and stories directly to the Facebook user, even though Facebook makes you pay in order for your page’s status’ and posts to be seen by everyone. None the less, it is still a great way to market. Furthermore, Facebook is a great way to find jobs and network with other business professionals across the web. I have found jobs for my Real Life friends through Facebook along with finding web & social media contracting leads and jobs for myself. Facebook is great for specific things and can actually help if you put it to good use, but there is always two sides to every story…two sides to every coin. Facebook’s other Face isn’t so pretty.

Facebook is a great way to get your ideas out, promote your business, stay in touch with relatives and even network for a new job, but in the midst of all the positive uses for Facebook, it seems Facebook is ruining lives with a typing of a sentence and a click of a button. To begin with, Facebook is creating a generation of individuals that feel as though they cannot live without Facebook. Yes, I may be one of those individuals, but I depend on Facebook to make money. That is not what I am talking about. The younger generation, and some in mine, feel as though they would not get by with Facebook. They need to check their feed every 5 minutes and are always talking about what people posted that day on Facebook. Facebook is literally creating millions and millions of Facebook addicts. Addicted to the sharing, the liking, the justification of their lives. Not sure why we are obsessed with sharing every little detail about our lives on Facebook, but we are. On top of millions of people treating Facebook like crack, Facebook has cheapened the definition of “Friendship“. Growing up, we were used to having a close-knit circle of friends who would do anything for you. Now, people have over 2,000 “friends” and only talk to them via Facebook walls. Forget a text or even a phone call. Facebook is good to keep up with friends who live thousands of miles away, yes, but a phone call is much more personal. In addition to friendships being depreciated, budding romantic relationships are being watered down. Seriously, you are going to stalk a chick out on Facebook and poke her to get her attention? What happened to a proper date? What happened to actually courting someone? That died as well when Facebook came along. These negative aspects of Facebook are just child’s play, though. There is a lot of positivity on Facebook, but Facebook is Two-Faced. Facebook can be a hot bed of racism, vulgarity, and extreme views, depending on the topic at hand. Many people know not to feed the “trolls”, but even having these status’ of hate and negativity, even just as an opinion, can poison the mood of a post, ruin a person’s day, or even create a victim of a hate crime, pushing the victim over the edge. Not sure if Facebook meant to have this outcome, I would hope not, but we are Facebook. We are what we want Facebook to be. Seems as though we need to change what exists in Facebook.

Maybe it’s time to put the mobile device down and step away from the Facebook. We need to learn to log into our inner profile and update our life feed by learning to live without technology, to an extent, and learn how to put down the devices, walk out the door and enjoy the daylight.

“May the man be dammed and never grow fat, who wears two faces under one hat” ~Unknown